This is a private house concert and is by invitation only.

Tickets are $20 US There are no tickets sold at the door.

TICKETS are on sale now at the Theatre Row Box Office, or online through www.telecharge.com or by calling Telecharge at (212) 239-6200.

NOTE: All sales are final, no exchanges or refunds.

Christmas in the Trenches

Imagine what Christmas was like in 1914 when everyone was buzzing that the troops would be home for Christmas (but then, of course, they weren't).

"The show will be a unique Christmas-Remembrance Day hybrid." ~ Stephen Holowitz

"I'm looking forward to once again singing these fabulous old tunes with Paul and working with Steve. It doesn't get better than this!" ~ Donna Creighton 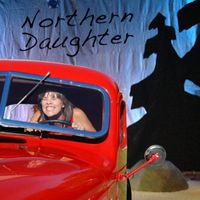 There is also a 2:00 pm matinee on Saturday October 25th. 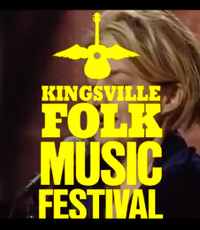 Gain Music is hosting a singer-songwriter series at 39 Carden Street Cafe. On Feb 12th, Patrick Ballantyne and Donna Creighton will be sharing the bill together for the first time. Interestingly, they have never actually met in person and that show will be their first physical encounter. They started communicating on Reverbnation and took things from there.

You may have heard about Patrick Ballantyne already. He is often referred to as a songwriter’s songwriter. Patrick has written for the Trews, Big Sugar, Meredith Shaw, and Tim Chaisson. You can listen to Patrick’s music here: https://soundcloud.com/patrickballantyne And see a live video of him here: http://patrickballantyne.com/?page_id=170

Donna Creighton, expanding her solo career after having had a successful and award winning touring career with the folk band "Sirens". You can learn more about her here: http://www.donnacreighton.com/ 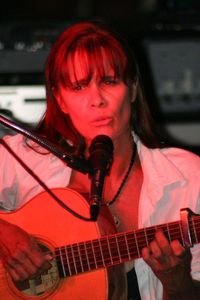 A once a year event where music makers and the business of folk music meet, song swap and showcase. This is a private showcase and you must be registered at the conference to be allowed access.

History in the Making

Brennan's Bistro, Clarence St. between King and York, London, ON

Brennan's Bistro, Clarence St. between King and York, London, ON

The Barking Frog with Murry Snelgrove

The Barking Frog, corner of Richmond and John St, London, ON

Donna! Back from the Dead 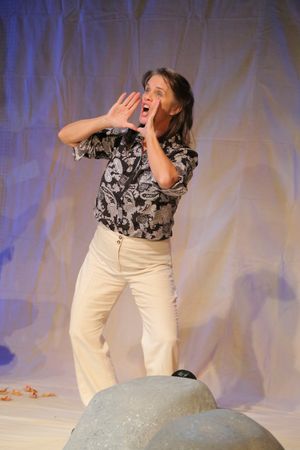 Theatre in London REVIEW of Colleening
Hearts Made Great

One of the finest ways Londoners could ever salute the Year of the Veteran is on the stage at Centennial Hall this weekend.

Based on yesterday afternoon's presentation, Orchestra London's Hearts Made Great -- a fictional London region family's wartime saga in words and music, new and old -- is not to be missed. If you can't go tonight, go tomorrow afternoon -- or both times.

The music by composer and conductor Jeff Christmas and words by UWO grad Jennifer Venner call up a Remembrance Day universe of emotions -- sorrow, pride, fear, patriotism, hope and relief among them.

Hearts Made Great fulfills the ambitions of the orchestra's partnership with two London singers, Jo-Ann Lawton and Donna Creighton, two of Hearts Made Great's stars this weekend, and folk duo Sirens at other times.

Lawton, Creighton and the orchestra first discussed the idea of using music from the Second World War era in a concert setting.

Remarkably, Hearts Made Great grew into an original combination of period music from the 1940s, new compositions for the orchestra, powerfully restrained words, documentary touches and some glorious singing and playing.